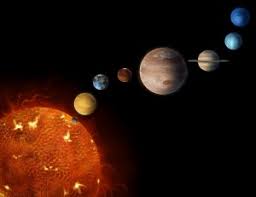 Planets are moving bodies. Their positions as well as their movements have a significant impact on our lives. As we know, our birth chart or Kundali is prepared on the basis of the planetary positions, keeping in mind the time and place where we are born. Planets tend to be in motion when observed from the Earth. The motions observed in planets are direct motion and retrograde motion.

Direct motion of a planet is the normal motion during which it moves in the forward direction. A planet generally follows a direct motion and moves in a clockwise direction round the Zodiac belt, thereby covering all the Zodiac Signs.

If a person has a retrograde planetary movement during the birth time, his or her natal chart gets affected by it. It is believed that all the planets give results of the house from which they start retrograding, except for Jupiter which gives results of the house in which it is posited during a person's birth time. Also, it is a general consideration that malefic planets become benefic while benefics tend to give bad results if they are placed in the 4th, 7th or 10th house during birth.

Different planets have different type of motion and retrograde accordingly. Know which planets are retrograde right now in 2019? The luminaries, the Sun and the Moon are the only two planets that never retrograde. The fast-moving planet Mercury retrogrades for three times during a year. The shadow planets, Rahu and Ketu are always in retrograde motion, which means that they always move in the backward direction. Saturn and Jupiter retrograde for some months during each year. Mars and Venus retrograde once in two years.

Effects of Retrograde Motion of Planets

Different planets lead to different consequences on 12 Zodiac Signs while they retrograde. However, there are some general characteristics exhibited by them during retrograde motion which are given as follows:

As we know that Mercury is the fastest moving planet, due to which it retrogrades more often than other planets. The planet Mercury is associated with speech, communication, wit, intelligence, etc. During its retrograde motion, the previously mentioned aspects of an individual's personality gets affected. During its retrograde motion, Mercury gets stronger. Generally, it is a good planet and produces good results. A strong Mercury helps a person in career and financial life while a weak Mercury affects his or her profession negatively during retrograde motion. Mercury retrograde is known to make the individual more creative and witty. People with a strong Mercury in their birth chart possess the positive traits of communication, intellect and creativity.

During the year 2019 Mercury will retrograde thrice.

Also, trying new beauty products should be avoided. You should try to be patient in your love life or married life. Venus retrograde has a major effect on intimacy and romance. You might feel that your partner is disinterested in you and you might lose your interest in them as well. Your fashion sense may get weird during Venus retrograde and this is why, you should not experiment with your clothes.

During the year 2019, Venus has no retrograde motion.

The fiery red planet Mars is associated with courage and valour. It is a planet responsible for boosting up the the enthusiasm and productivity level of an individual. When Mars is in retrograde motion, it might make the person very energetic or aggressive. If a person has retrograde Mars in the sixth, eighth or twelfth house in the birth chart at the time of birth, the person may be filled with too much of self respect. Such a person will find taking help from others to be a disgrace and will try to do everything by himself or herself. This might make him/her selfish and adopt immoral ways to achieve his/her goals.

Buying a vehicle should be avoided during retrograde motion of the planet Mars. Any medical surgeries must to avoided unless deemed necessary. Use of tools and weapons during Mars retrograde does not seem to be a bright idea. Reciting Hanuman Chalisa will help you to tackle with the negative impact of Mars retrograde in your life. It is believed that shifting to a new home might pose difficulties in your life. The results of Mars retrograde depend on position of other planets in a person's birth chart.

During the year 2019, Mars has no retrograde motion.

Effective remedies should be taken to make the retrograde favourable. Observing fasts of Thursdays and chanting “Om Gum Gurwaya Namah” will help you to maximize benefits.

Saturn is known as the planet of justice. It is a very slow moving planet. When Saturn gets in retrograde motion, its impact on our live increases multifold. In general, a benefic Saturn in retrograde motion helps one to complete due tasks. A retrograde Saturn yields good as well as bad results depending upon the position of Saturn in your birth chart.

Completion of old projects should be done but initiation of new tasks should be avoided during Saturn retrograde. Also, you will have a good time if you work hard and put your best efforts in whatever you do. Worshipping Lord Hanuman during Saturn retrograde will help you to get positive results while minimising the problems that you face. Reciting Hanuman Chalisa will help you to sail through difficulties.