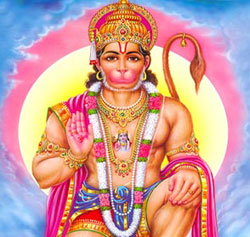 Hanuman Jayanti will be observed on 11th of April in 2017. Every year, it is observed in Hindu month Chaitra on a Purnima or full moon day. It is celebrated to memorialize the birth of Lord Hanuman. Men devotees observe vow on this day. It is celebrated with great enthusiasm among people. Know more about this festival with this exclusive article...

Celebration and rituals of Hanuman Jayanti

The celebrations of Hanuman Jayanti include Prayers and hymns of Lord Hanuman all the day. The Hanuman Jayanti Puja will be performed by all the devotees wishing for their well being and safety.

So, these are the different dates of Hanuman Jayanti 2017 which has been given according to the respective regions of India.