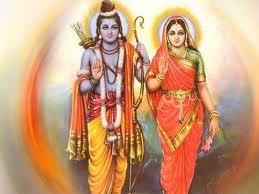 Vijaya Ekadashi will be marked on 22nd February 2017. According to the Hindu Calendar, it is observed on the 11th day of krishna Paksha in the month of Phalguna i.e. in between February and March. The results of observing fast on this day are very fruitful and auspicious. Keep on reading this article to know the main reason of celebrating this occasion..

Vijaya Ekadashi is observed by fasting, praying to Lord Vishnu and performing Jagran by reading Vishnu Sahasranama. All the cereals and grains are avoided on this day. The word Vijaya itself means victory and thus implies victory in all the ventures we take on. This day is observed like any other Ekadashi as there are no fixed rules to observe it. The devotees break their fast on Dwadashi after praying to the Lord Vishnu.

King Rama was exiled for fourteen years and was accompanied by his wife Sita and brother Lakshmana. During this time period the evil King Ravana abducted his beloved wife Sita while Lord Rama was out for hunting. The King Ravana lived beyond the ocean in the Lanka where no one could ever reach him. As per the Vijaya Ekadashi Katha, Lord Rama reached the ocean shore to liberate his beloved wife Sita from the evil King Ravana. To reach Sita and conquer Ravana, Lord Rama had to cross this vast Ocean. His brother Lakshmana suggested him to see a sage who lived there. Rama went to see the sage who advised him to observe the fast of Vijaya Ekadashi. The sage told Lord Rama that observing Vijaya Ekadashi fast ensures victory and achievement of the goal. As per told, Lord Rama fasted on Vijaya Ekadashi and returned victorious by liberating his beloved Sita from the Demon Ravana and killing him for his evil deeds. As per another belief, once the eldest Pandava asked Lord Krishna to enlighten him with significance of Vijaya Ekadashi. To which the Lord replied that fasting on this day brings us good luck to become victorious in our different ventures. This day was considered auspicious and special as fasting on this day burns all the sins that a person commits in the past. Therefore, it can be said that this day gives us an opportunity to get rid of our past sins that drag us down in the present. God gives us means and ways to start all over again. While we cannot correct our past mistakes we can always avoid making new ones.

This day gives us the much needed strength and courage to face and overcome difficult situations in life. While making us strong it also ensures our victory.We hope that this piece on Vijaya Ekadashi was informative and interesting. Here is wishing all of you a very happy and prosperous Vijaya Ekadashi. We hope that we walk on the path shown to us by Lord Rama.