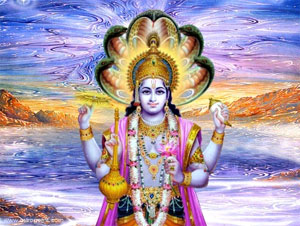 Apara Ekadashi will be observed on 22nd of May in 2017. This day is celebrated on the 11th day of Krishna Paksha in the hindu month of Jyeshtha. It is also known as Achala Ekadashi. According to the South Indian Amavasyant calendar, it is marked in the month of Vaishakha. Keep on reading this article to learn more..

Taking a holy dip at Prayag in the month Magha, (when the Sun is in the sign Capricorn), bathing three times daily in the Pushkara-kshetra during the month of Kartika, taking a Holy dip during Solar Eclipse at Kurukshetra, visiting Badrinath at the time when the Sun is in Zodiac Aquarius and serving Lord Shiva amounts to equal the fruits which we get just by observing the day of Apara Ekadashi.

For every devout Hindu, the Apara Ekadashi holds great significance as the day is known to burn the effects of all the Karmic sins. The story of Apara Ekadashi was narrated by Lord Krishna to the eldest Pandava Yudhisthira.

It is believed by observing this day all ghastly sins like killing a Brahmana, an embryo, cow slaughter and illicit relations can be washed away forever. Such is the power of this day that sins of such high magnitude can be washed away. Lord Krishna also says that the most sinful of people who cheat others, who fail to deliver their duties as per his posting, a person who invents scriptures, a cheat astrologer etc can also get rid of their sins just by fasting on this day Apara Ekadashi.

The Mythical Story of Ekadashi

In Satt Yuga, there lived a demon called Mura. Due to his immoral and evils acts he had annoyed the Demigods. They went to take help from Lord Vishnu who challenged Mura to fight with him. The battle between the two continued for ages which fatigued the Lord and he went to a cave for some rest. Seeing this, Demon Mura went to kill Lord Vishnu in his sleep. While Lord Vishnu was sleeping, Mura attacked him. To this, the female power within Lord Vishnu took a form of a girl and killed Demon Mura. When Lord Vishnu woke up he was really pleased to see what had just happened. He named the power Ekadashi and gave her the boon to end all the sins of mankind. He said that anyone who observed the day of Ekadashi will be freed from all sins of past. He gave her the power to end the cycle of bad Karma.

By observing this day we can get rid from the sins which we have committed in the past. Once we get rid of the baggage of the past of we can always make a new beginning. Give yourself the power to be a part of this new start. Days like this also make us realize that all of us are fallible in one or the other way and we all have committed many mistakes. These days give us an opportunity to undo what already has been done. So if you feel that there is no way to delete the past Karmas, you might be wrong.

Apara Ekadashi is celebrated by fasting all day long and praying to Lord Vishnu. The fast begins at sunrise and ends only at the next sunrise. On the day of Apara Ekadashi we should wake up early in the morning, take a bath and pray to Lord Vishnu. Chants and hymns are recited all day long, which helps the devotees to connect to the supreme power.

We with this we conclude the article and hope that Goddess Ekadashi blesses you and your family with love and prosperity. We wish all the readers a happy Apara Ekadashi.