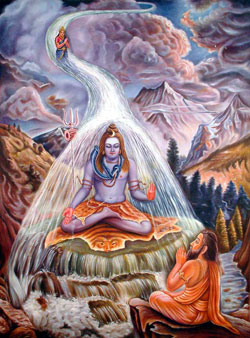 Ganga Dussehra in 2016 is being celebrated on 14 June. According to Hindu lunar calendar, every year, Ganga Dussehra is celebrated on the tenth day of the bright half of the Hindu month Jyeshtha. As per Gregorian calendar, the month of Jyeshtha falls in between the months of May-June. This pious festival is also known as Gangavataran. It is a Sanskrit word, which is formed after the conjunction of two words - Ganga + Avataran. Ganga is the name of the Goddess and Avataran means landing down. Hence, it actually means – the descent of the Holy River Ganga. 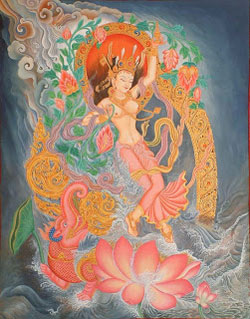 While celebrating Ganga Dussehra in 2016, we should also know why it is celebrated. Festival of Ganga Dussehra is celebrated as the birthday of Holy River Ganges. On this auspicious day, River Ganga was descended on Earth to scour the cursed souls of the ancestors of Bhagiratha. Before descending on Earth, the Holy Ganges was residing in the stoup of Lord Brahma. Hence, she holds the purity of heaven. When she descended on Earth, the purity of heaven came along with her. 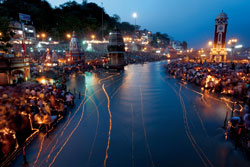 The day of Ganga Dussehra is of very high importance for the believers of Hinduism. On this day, devotees worship the Goddess Ganga and take dips in the Holy Water of River Ganges. Along with this, donations on this day have their special effects. As per belief, the Holy dips in Ganges can wash away all the sins.

On this day, all the devotees gather at the famous Ganga banks (Allahabad, Garhmukteshwar, Haridwar, Rishikesh and Varanasi) to take the Holy dip. The celebration of Ganga Dussehra at Varanasi is the best amongst all the Ganga places. On this day at Varanasi, people take the Ganga Snan (Ganga Bath) and then hum the Ganga Aarti at Dasawamedh Ghat.

Goddess Ganga came on Earth after the great penance of Bhagirath. It is believed that one who recites the Ganga Stotra on this day, while standing in the water of Ganges, gets relieved from the curses of all the sins.

Ganga Stotra is available in Skand Puran with the name of Dussehra. There is a rule for donating on Ganga Dussehra – the quantity of the donating item should be in count of 10. Also, the material for worship should also in the count of 10. Doing this boosts up the positive results.

Bathing on this day eliminates the 10 types of sins. 3 of them are physical, 4 are spoken and rest 3 are mental. The devotee gets freed from all the sins after bath.

As all Hindu festivals are spiritual, Ganga Dussehra is also followed by the worship event. If you are unable to visit the Ganges, you may imagine any water body near your place as river Ganga to take the Holy bath. While worshipping Goddess Ganga, following Mantra should be chanted:

After that, the following Mantra should be chanted while offering 5 flowers to Goddess Ganga; it is the Naam Mantra of Bhagirath that was used to bring Ganga on Earth:

Along with this, the place where Ganga originated should also be commemorated. In the worship of Goddess Ganga, all the articles should be in count of ten. For example, 10 types of – flowers, fragrances, lamps, oblations, Betel leaves, fruits and many more. If you follow the ritual of donation after worship then it is better to donate 10 different types of things. However, the donation of Barley and Sesame should be of 16 fists. If donating to Brahmins then they should also be 10. While taking bath in Ganga, you should take 10 dips.

This is all brief about the worship of Goddess Ganga. These measures should only be taken with ultimate faith, devotion and interest. If you find some other measures of worship more comfortable then don't hesitate to try them. Worship is meant to be done as per one's own belief. It doesn't matter what are you doing for the Goddess, what all matters are the emotions and love. If you do not have that feeling of love for her, all these measures are meaningless. 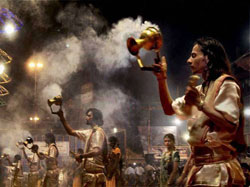 Ganga Dussehra is an incredibly beautiful festival. Thousands of devotees gather at Varanasi every year on this glorious day. River Ganga is blessing the mankind of India since ages. It is the day to pay tribute to the beautiful Goddess Ganga who is flowing since years in the form of the most auspicious river Ganges.

Ganga Dussehra in 2016 is expected to be bringing huge masses at the banks of Varanasi as Ganga is gaining popularity worldwide. With this small piece on Ganga Dussehra, we hope you will make this festival more wonderful. Celebrating this festival is not confined to spiritual bliss or benefits. This celebration will fire the flame of love for this wonderful river. Hence, we will think about protecting it from pollution. This river is not an ordinary river. It flows out from the mountains of great Himalayas bringing the benefits of the magical Herbs of Himalayas with the flow. We hope you will make the most out of Ganga Dussehra in 2016. Apart from this, we also look forward for your comments. If you wish to suggest us something, it would be a pleasure for us. Have a good time. Happy Ganga Dussehra 2016!