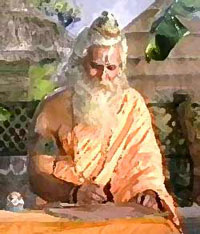 Rishi Panchami 2015 date is 18 September, Friday. Rishi Panchami is taken as one of the most auspicious days by the people who follow Hinduism. All the sages of ancient time as well as the present time are respected on the day of Rishi Panchami. The festival of Rishi Panchami came into existence due to the pious efforts of Saptarishi that made the human life better. The term rishi denotes Sage and the term Panchami signifies the fifth day. Therefore the name Rishi Panchami denotes the commemoration of great sages on the fifth day of Shukla paksha in the month of Bhadrapad. Sapt rishi is a combination of seven learned sages, who devoted their lives for the betterment of humankind.They taught people the basic principles of taking goodness to a higher level and were very determined as far as their principles of living life were concerned. It is believed that they passed down their wisdom to the people so that people are able of follow the path of knowledge and become enlightened.

The Great Legend Behind The Festival Rishi Panchami

Let us know about the legend related to this festival while celebrating Rishi Panchami in 2015. Rishi Panchami is such an auspicious day that if the fast is observed and rituals are performed, a person is relieved from all the sins of his or her present or past life. Lord Brahma himself is the one who narrated the story of Rishi Panchami. According to him there was a simple Brahmin named Uttank who used to live with his wife sushila. Their daughter also lived with them who was a widow. One night several ants covered the body of the daughter and the parents were astonished to see this. They became extremely worried and immediately called a Sage so that he could mend up the situation. The Rishi whom they called was a learned sage and he explained the reason behind their trouble. He made them aware of the sin that their daughter committed in her previous life. He told them that their daughter entered in the kitchen in the days of her menstruation. The rishi advised the daughter to perform certain rituals on the day of Rishi Panchami that will purify her body and soul and this way she will be relieved of the sin that she committed. Following the instructions given by the sage the daughter performed all the customs with absolute devotion. This set her soul free from the dosha. Therefore, this little yet powerful story is a platform that explains the significance of the Rishi Panchami. Rishi panchami is road to peace and sanctification od soul, mind and body.

Rituals to be performed on Rishi Panchami

The rituals and customs dedicated to the rishi panchami must be performed with pure heart and good intentions. A person's intentions play a vital role in the purification of his soul. The devotees have to wake up early in the morning and take a bath as soon as they wake up. A fast is observed on the day Rishi Panchami. The one and only purpose of Rishi Panchami is to sanctify a person completely. Therefore, people do many things such as cleaning of teeth with Upmarga (herb) and bathing with datwan herb. These herbs are very verey pure and are considered to leave the body extremely clean. Herbs are used for the outer purification, whereas a mixture of curd, milk, basil and butter is drank to purify the soul. Worshipping the seven great sages known as sapt rishi is the concluding part of the rituals performed. The prayers are offered in order to invoke the presence of the seven sages and many didderent things such as food and flowers are offered. The name of those seven sages are as follows Kashyapa, Atri, Bharadvaja, Vishvamitra, Gauthama, Jamadagmi and Vashishtha.

These sages put all their efforts only in the direction of making human life better. Therefore, these sage must not only be worshipped but also to be honored with complere dedication and piusness of heart. Observing a fast on Rishi Panchami in 2015 will end up the bad time of your life if they exit due to your previous birth sins. Involve yourself in the celebrations and rituals of Rishi Panchami in 2015 and get blessed with the sanctification of your whole being.