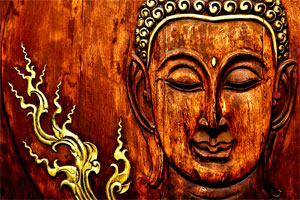 Vesak or Buddha Purnima is observed in the memory of Lord Buddha. It will be celebrated on May 10, 2017. According to our Hindu Calendar, it is observed on a full moon night of month Vaishakha. On this day, devotees visit the temples of Lord Buddha. To know more about this festival, keep on reading this article..

Every country has its own time zone, calendar format and other beliefs. Hence, the dates of this festival also vary from place to place. Traditionally, lunar calendars are used in each region. So, the dates are decided as per the position of Moon of the particular region. The Theravada countries celebrate Vesak on the full Moon Uposatha day under the 5th or 6th month.

Regions of China, Hong Kong and Macau follow Chinese Lunar Calendar. According to which, the Wesak is celebrated on the eighth day of the fourth month.

Hence, the dates keep on changing. However, as the general consensus, people celebrate it on the full Moon day of the month May.

How Was The Buddha's Birth Anniversary Founded?

The formalisation of Buddha's Anniversary as Wesak took place at the first Conference of World Fellowship of Buddhists. This conference was held in Sri Lanka in 1950. However, the rituals being followed at the Buddhists' festivals are centuries old.

At the World Conference, while agreeing to the formalisation of Vesak, following resolution was adopted:

"That this Conference of the World Fellowship of Buddhists, while recording its appreciation of the gracious act of His Majesty, the Maharaja of Nepal in making the full-moon day of Vesak a Public Holiday in Nepal, earnestly requests the Heads of Governments of all countries in which large or small number of Buddhists are to be found, to take steps to make the full-moon day in the month of May a Public Holiday in honour of the Buddha, who is universally acclaimed as one of the greatest benefactors of Humanity."

While celebrating Wesak, it's a good idea to know how it is celebrated in different parts of the world. The day of Vesak is the experience for lifetime. The ecstasy of spirituality can be experienced to the best. Lord Buddha is ruling the hearts of the people all round the globe. Being an Indian, Lord Buddha has been given equal importance by Hindus. The Wesak is celebrated as Buddha Purnima in India. The line of difference between Buddhism and Hinduism is very narrow. Yes, Buddhism is not very different from Hinduism. Let's now delve in the celebration of Vesak (The Buddha Purnima) through this mini piece.

On the Holy day of Vesak, the devout followers of Buddhism assemble at the nearby temples before dawn. They gather for the ceremonial hoisting of the Buddhist flag. During the event, the devotees sing ceremonial hymns, praising the 3 gems – The Buddha, The Dharma (His teachings) and The Sangha (His disciples).

Devotees also bring offerings for Lord Buddha, like – flowers, candles and incense sticks. You must be wondering – why only these offerings? It is because each one of them has a sacred meaning.

The beautiful flowers are an indication for the followers, who will soon wither away from this world. The candles will burn up into smoke and same will happen to the incense sticks. The life cycle moves on with life & death.

The living being is the subject heading toward decay and destruction. Obviously, nobody likes it. However, that's the truth. So, the followers of Buddhists believe in making life merrier before destruction. According to them, each living organism deserves to live a happy life. Hence, non-vegetarian food is avoided in Buddhism.

Anything that leads to any sort of destruction is avoided by the followers of Buddhism. During the celebration of Vesak, some countries (for example, Sri Lanka) shut off the slaughter houses and liquor shops, run by the Government decree, for 2 days.

Buddha had a special love for all living beings, whether it is a bird, insect or the reptile. Hence, in that commemoration, all the birds and animals are freed from the cages ceremoniously as the ‘symbol of liberation'. Lord Buddha always stood for the freedom of living organisms.

Some Buddhist devotees spend their entire day at the temple wearing white attires. Throughout the day they observe the eight Precepts. Now wondering what are those 8 Precepts? Let's see below:

The 8 Precepts of Buddhism

The celebration of Vesak is done in peace and isolation. The meaning is of detachment from the worldly pleasures. Buddha Purnima in India has a special significance as the full Moon days are highly auspicious. If not the proper celebration of Vesak, Hindus don't miss the chance to celebrate the glorious Purnima when the Lord was born. Celebration of Vesak is like delving our being into the Buddha completely and becoming a part of him. Walking on the principles of Lord Buddha makes a devotee a form of Buddha.

Buddhists have kept the Buddha alive by following his principles. The celebration of Wesak is unlike those merry celebrations that we enjoy in other festivals of the year. On the contrary, it is about finding yourself. So, have a trip to your mind this Vesak by following the beautiful Precepts of Buddhism. With this tiny piece on such a meaningful festival, we wish the blessings of Buddha shower on you. Happy Buddha Purnima and Vesak..!