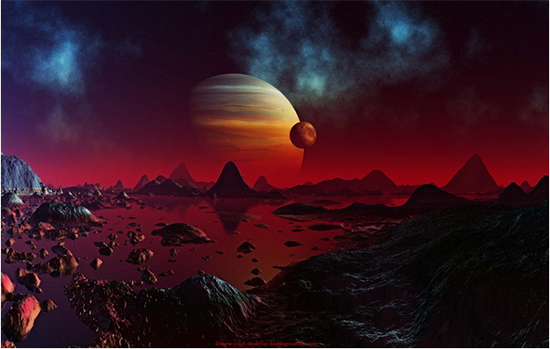 In this article of Mars transit 2014 (Mangal Gochar 2014), we will tell you about the dates of the transits of the planet Mars in the year 2014. Mars transit 2014 will bring considerable changes in your life. These changes can be both favorable or unfavorable for you. The fiery planet, Mars has so much to change in your life during its transit. Everyone wants to know about Mars transit in 2014, as you will be able to analyse the changes of this transit in your life. Each planet stays in a particular zodiac sign for a particular time, effecting all the other zodiac signs. Mars changes its position from one zodiac sign to another in every 45 days. Mars transit 2014 may bring some trouble or may give you courage to fight all the problems during this time. Mars transit in 2014 may fulfill all your wishes in terms of your love life or promotions at office. For that, you must be knowing about the dates of Mangal Gochar 2014. Let's get to know about the transits of planet Mars in the year 2014.

In the beginning of the year 2014, Sun will be in Sagittarius sign. Transitions after that are mentioned below:

So, this was all about the transits of Mars in the year 2014. Let's get to know more about the planet Mars.

The 4th planet from the Sun is Mars. It is the smallest planet after Mercury in our solar system. Mars is also known as the Red Planet, as it looks red in color. It is said to be an angry planet because of its red color.

According to the Hindu mythology, Mars is called Mangal. Mars is known as the God of war. He is said to be the son of Earth. Mars is the lord of Mangalwar (Tuesday). Mars is also named as Angarka because of its red color.

According to the astrology, Mars is considered as a malefic planet mostly. It is the ruler of Aries and Scorpio zodiac signs. Mars is said to be the teacher of occult sciences. Mars signifies ego, physical energy, strength, anger and self-confidence. It is the owner of blood, muscles and bone marrow. Mars is the commander in astrology. Mars may even make you aggressive during the time of Mars transit in 2014 because of its fiery nature. Planet Mars is associated with brother, so Mangal Gochar 2014 (Mars Transit 2014) may bring fights between brothers or it may influence extreme love too. This planet is associated with male energy. But, it depends over person to person. People with Mars in their birth chart may be either egoistic or self-respective and this depends over the person. During Mars Transit 2014, if one person has ego, Mars may bring negative energy because of it. So, try be more polite and generous during Mars transit 2014.

This article was all about the planet Mars and Mars transit in 2014. For more such information keep reading AstroSage.com.