Like every other planet, the transit of planet Rahu in 2014 will put some effects on you. How does the Rahu transit 2014 affects a person's life? Is Rahu a malefic planet? Read this article to know more about the astrological facts of the planet Rahu. 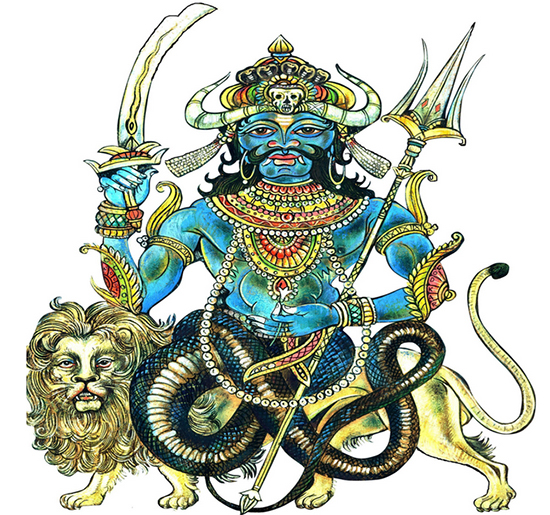 The planet Rahu is considered to be a shadowy planet having no solid body. Rahu is one of the slow moving planets which causes transits in 18 months. Rahu transit in 2014 is occurring in July only. Rahu and Ketu are transiting on the same date, but the zodiac signs are different. Rahu transit in 2014 will bring some changes in every zodiac sign. These changes can be both good as well as bad. Generally, Rahu is said to be a malefic planet, which always brings misfortune. But, this situation can vary in every zodiac during the time of transit. The changes in every zodiac can be determined by the position of Rahu in the signs. Let's get to know about the Rahu transits in the year 2014.

In the beginning of the year, Rahu will be present in Libra sign. After that, it will be switching its position. Let's know where Rahu is going to transit itself in the year 2014:

The table depicts that Rahu will transit in Virgo sign on July 12, 2014. Now let's get to know more about Rahu according to the Hindu mythology and astrology.

According to the legend of Samudra Manthan, Lord Vishnu cut off the head of a demon who was pretending to be a god to gain the elixir of immortality. Since that time, the head of the demon is known as Rahu and the tail is called Ketu. Except the head, Rahu is said to have a body of a snake. This is why he is known to be the serpent demon.

According to the astronomy, Rahu is the point where Moon crosses the galactic equator to the north. So, it is called as the North node of Moon.

If we talk about the astrology, Rahu is a planet who does not have any zodiac of its own, as it is a shadowy planet having no body of its own. But, it affects all the zodiac signs during its transit. Rahu is the governor of the native's all bad habits and bad behavior. Rahu and Ketu both are neither male nor female.

Rahu affects native's mentality, ego, lust, anger, and liquor habit. Rahu is a cruel planet, it can make the native brutal and violent. The period in which Rahu enters in a native's birth chart is known as Rahu Kaal. Rahu Kaal may influence the native to get involved in bad things. Rahu represents media and all the fame related fields. People working in media, acting and politics are said to have Rahu as a helping hand in their success. Rahu is expert in manipulation and planning. That is why it governs media.

Rahu represents media and all the fame related fields. People working in media, acting and politics are said to have Rahu as a helping hand in their success. Rahu is expert in manipulation and planning. That is why it governs media.

Although Rahu is said to be a negative planet, but if it conjoins with a strong good planet in your birth chart, it may give you many positive effects.