The planet of dexterity, Mercury represents intellect, education, communication, creative writing and quick wit. AstroSage brings forth to you the Mercury Transit 2017, which covers all the dates during which the planet will change its position. 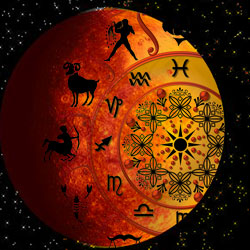 Being the closest planet to the star of our solar system i.e. just 28 degrees, Mercury enjoys the status of being a very influential planet. Taking about 88 days to complete its orbit of the sun, the planet is neither feminine nor masculine, making it a eunuch planet. In the astrological terms, Mercury governs us psychologically. The planet lords over Gemini and Virgo zodiac sign, and the 3rd and 6th house. Often remarked to bring out the expressive side in natives, the planet is responsible for our logic and reasoning. The way we speak, the way we think, and the way we write is all under Mercury’s wings.

The benefic results of Mercury on your horoscope can bring in about a drastic change in your life. The planet is about making quick decisions and abiding by them. Due to the planet's adaptable nature, sometimes it can get affected by a malefic planet and yield you negative results. Read about how this planet will affect your life and intellect, through our compiled list of dates.

At the start of the year, the planet will be in the firy sign, Sagittarius and will start its sojourn form there.

With accordance to the Vedic Astrology, Mercury, known as Budh Graha in hindi rules the 3rd day of the week Wednesday. Widely believed to be a very influential planet, Mercury gets affected by the placement of other planets in one’s birth chart. With a benefic planet, Mercury will give great results in your horoscope, but when teamed up with a malefic planet the results could go downhill. Thus, it’s important to know the dates when this planet will change its sign and how fortunate this would be for you. So, make a game plan for the year with the dates of Mercury Transit 2017. Have a great day ahead!