Widely known as the planet who represents beauty and pleasures of life, Venus entitles one to live a grand life, full of luxuries and comforts. In the year 2017, Venus would transit and change its sign multiple times, as the planet takes approximately 23 days to visit a sign. 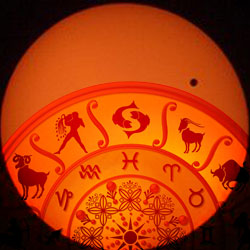 Considered a planet of love and materialistic comforts, Venus also symbolises marital life, love affairs and wealth. As per the Vedic Astrology, Shukra represents the male god, whereas in the Greek Mythology it’s considered to be the God of Love. Venus also denotes sensualness and beauty in the world. The planet holds the sole responsibility of attracting people. Art, creative writing, refinement, and charm all comes under Venus’s hat. Being a feminine energy, Venus governs Taurus and Libra, and the 2nd and 7th houses in the kaalpurush chart.

At the start of the year, the planet Venus would be present in the Aquarius sign. After a period of time, the planet will move to another sign. Read on and figure out yourself how and when the planet will sojourn and in what ways it’ll affect us.

According to the Vedic astrology, Venus also known as Shukra governs the senses of our body. The planet is the second closest planet to Sun, and due to this is also called the twin sister of Earth. The color associated with the planet of love is white.

The planet generally gives naturally benefic results, and with the coming transits it's important that you understand the importance of each move the planet makes.

We hope you’ll make the best use of this information and put it to great use to make your days and life better.