Saturn - A mysterious planet in Astrology 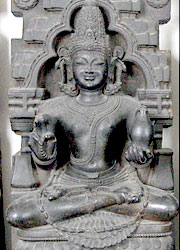 Jyotishi, a Vedic Astrological term for Hindu people of India, finds out predictions of twelve zodiac signs (Rashi) by exploring varied planetary positions of nine planets of solar system in ones birth-chart. Planet Saturn is one such important planet both in solar system and in ones horoscope. Saturn is a sterile, slow, icy, binding, invariable, arid, protective, rigid, fearful, and a mysterious planet. Planet Saturn or Shani Dev governs the zodiac signs Capricorn (Makar Rashi) and Aquarius (Kumbh Rashi). Black, Dark blue, and Dark Brown are colors of Saturn. People born with ruling planet Saturn or under zodiac signs Capricorn and Aquarius or born on Saturdays show their good or evil behavior depending upon the favorable or unfavorable position of planet Saturn during its period. Planetary period of Saturn or Shani Sade Sati can remain active in ones horoscope for 2.5 (two and half) years or 7.5 (seven and half) years. Saturn has been allocated 19 years in vimshottari dasha system. It is considered natural malefic in Vedic astrology. Saturn is friendly with planet Venus, but for Sun, Moon and Mercury it shows hostile relationship. In Astrology, Saturn is considered to be beneficial if it is in its own sign or when it takes up the signs of Jupiter. Benefic Saturn makes a person trustworthy, sincere and honest. But on the other hand, if Saturn is malefic in ones horoscope, it can cause delays, difficulties, disputes, and disharmony.

Planet Saturn is the 7th planet in the solar system. After the planet Jupiter, Saturn is 2nd largest planet in solar system. It is about 886 million miles away from Sun. 3 concentric rings speedily moves around this planet. It has 9 moons circulating around it. It also takes 354 months to complete its orbit around Sun. It comprises of a good volume of gaseous matter. But perhaps does not have a suitable and adaptable environment for living organism to survive.

There are many mythological convictions and controversies among Hindu Vedic Scholars. Some mythologists believe that Saturn represents the God Brahma and few say that it represents Lord Shiva. Some Hindu people also envisage Saturn -the Yama, because of its chilly- frozen characteristics (as the extreme cold temperature of ones body signifies that the person is dead, and Yama is also known for death). Roman believers used to regard Saturn as the God of Agriculture, and he was Saturnus for them. Saturn is Chronos for the Greek people. Some Vedic Astrologists opine that Saturn is Son of the Sun. But, Westerners say that the planet Saturn is son of planet Uranus, and father of planet Jupiter. Hindu people also call Saturn a Lame, because for some reasons Ravana had cut down the leg of Saturn. And so, Saturn is very slow for its planetary movements.

Saturn is strong, slow and a cold planet. It passes through all zodiac signs slowly than other planet. It is said to be the Chief Governor for longevity.

Saturn governs zodiac signs Capricorn and Aquarius. It always stays unfriendly with planet Moon. People born under the influence of Saturn do not enjoy hot meals. They always relish frozen food items. This planet is very powerful either as a malefic or as a benefic. Being a Malefic planet, it can cause delays, difficulties and can create disharmony and disputes in life.

People with malefic Saturn will always be unhappy experiencing negative effects of this planet. Ill-posited or weak Saturn in ones chart indicates laziness, fear or some phobia. It also denotes all matters kept hidden or in secret. Further, Benefic Saturn makes a person true, trustworthy and an honest. A Saturnian never likes others point of views and he prefers seclusion.

It is also believed, if Saturn is favorable or well-posited in ones horoscope the color Blue Saphire is very lucky for him. In the similar way, Saturn forming good connections with other planets in ones birth-chart indicates beneficial results and influences life in a positive way, but on the other hand, if it forms the adverse aspects with other planets, it spreads ill- influence in ones life.

Astrologers believe Saturn as a planet is very secretive; it does many things without the knowledge of others. It follows its own principles.

People born with Saturn as ruling planet or born under zodiac signs Capricorn and Aquarius or born on Saturdays can be successful in their professional life if they choose occupations related to ores, mines, hair, wool and metals. But many professions are predicted by exploring the ill or well planetary position of Saturn with other planets. For example: if Sun and Saturn forms favorable aspects in ones chart, the person will achieve success settling down in Government departments like Local Board, Panchayat board or etc.

Last but not least, there are many misconceptions about the planet Saturn, especially in Hindu society, that this planet is unfavourable for people, as it gives a long planetary period which causes delays and disputes. But, it is not this way always. Planet Saturn also gives extraordinary positive results if it occupies favorable-position in ones chart.