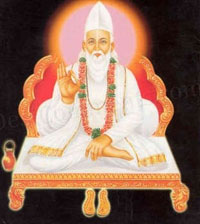 The purpose of celebrating the festival Guru Purnima is paying tribute to the gurus and the spiritual leaders as well.

This Guru Purnima, it is good idea to know the legend behind it while celebrating this great festival. Veda Vyasa is believed to be a great sage who always put his efforts for the betterment of human life. It is almost impossible to sum up all his endeavors in words. The author of legendary "Mahabharata", Veda Vyasa, did many things to teach all people the value of righteousness and also made them follow that path. Veda Vyasa was the one who subdivided all the Vedas into four categories to made it easier for a person to grasp it. It was his ways and effort of making everyone aware of the knowledge of Vedas and Puranas. He kept teaching people and granted all his knowledge to his four dedicated disciples so that they could take forward his legacy of enlightening people with wisdom.

His contribution toward the division and editing of Vedas for better understanding earned him this name 'Vyasa', which literally means 'to edit and also to divide'. All his efforts and great contribution made it easier for people to access the wisdom of Vedas and hence, his endeavors are respected even today. The glory of Veda Vyasa cannot ever die or fade away as the work done by him will keep on enlightening people till eternity.

The beliefs of the people of Buddhism differ from that of Hindus. It is firmly believed that Lord Buddha gave his first sermon on this very day after his enlightenment. Through his first lecture he passed on his wisdom and enlightenment to few more people. Therefore, in Buddhism the festival of Guru Purnima is celebrated in the honor of Lord Buddha's first sermon.

Celebrations of Guru Poornima in 2017

Both the religions have various ways of celebrating Guru Purnima in accordance to the rituals of their religion. The monks of Buddha usually spend their time in meditation and practice austerity. They give up worldly pleasures and involve themselves in deep meditation. The people who follow Hinduism pray Veda Vyasa in several temples and some songs and Bhajans are sung in his honor. Some temples also organize recitation of Hindu Scriptures to respect the Veda Vyasa. The students or disciples are also offered food and Charnamrit and are advised to follow the path shown by Veda Vyasa and work only for the betterment of society. Teachers or gurus all over the country are honored and respected. Religious places also organize sort of havana in the commemoration of Veda Vyasa.

The glory of the festival is as such that people wish this festival to all their loved one with immense feelings. The common medium of wishing each other on the day of Guru Purnima is Guru Purnima SMS.

Importance of the festival Guru Purnima

In the culture such as Hinduism and Buddhism, a guru is considered to be the supreme. Guru is the one who teaches us to hold on the path of truth and also show us the better way of living. The word Guru itself means removal of darkness. A person is enlightened with the great thoughts of his or her own guru. This festival not only celebrates the birth anniversary of Veda Vyasa but also the importance of a guru in a person's life. A guru is always given the higher priority as he can make or destroy a personality.

Be the one who not only respects his guru but also have faith in his ideologies. With the Guru Purnima take pledge of making the best use of your time and only walking on the road of righteousness. Happy Guru Purnima to all.