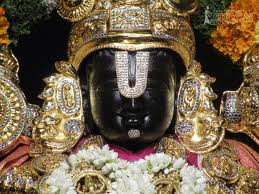 Vaikuntha Ekadashi is an auspicious day which comes during the Dhanurmas period of the Hindu calendar. Vaikuntha Ekadasi 2014 date is 11 January. It is believed that on Vaikuntha Ekadashi, also known as Mukkoti Ekadashi, the gates of the Lord Vishnuĺs abode are opened to offer ultimate salvation (Moksha) to the human kind. Fasting on Vaikuntha Ekadashi and other 23 Ekadashis bear the same fruits. As they say "God always takes the simplest way", indeed this day might be that simple path to reach the Almighty. This day is observed by fasting and staying awake all night. Refraining food keeps the mind fresh and staying awake signifies complete awareness of body and mind. People chant and sing all night to stay awake and burn their negative energies. It is believed that by observing this day the vicious cycle of life and death can be broken to attain the ultimate object of salvation. As per Hindu religion the eventual aim of every being should be to attain Moksha which means freedom from the shackles of life and death. This day gives us an opportunity to get a step closer to God by enhancing our spiritual awareness.

As per the legend, there was a demon called Muran who stood for evils qualities like anger, lust, greed and dishonesty. His tyranny had become intolerable for all the Devas who approached Lord Shiva for help. Lord Shiva asked them to seek Lord Vishnuĺs help who gathered the female power in him to create a Devi who stood for morality, righteousness and honesty. She protected the needy and poor and kept the evil forces at bay. One day when Lord Vishnu was asleep devil Muran attacked him, seeing this, the Devi burned the demon. Pleased with her unconditional devotion, Lord Vishnu named her Ekadashi and blessed her with unparalleled beauty, wealth and power. However, she chose to renounce all that for just one wish. In that wish she asked Lord Vishnu to bless devotees with happiness and wealth, who fasted on the eleventh day of the Moon that is on the Vaikuntha Ekadashi. She pleaded him to open the gates of Holy Abode (Vaikuntha) for humans and bless them with liberation and enlightenment on this day. Therefore, this day is observed by worshiping the female form of Lord Vishnu to achieve freedom of the soul. To celebrate this day all Hindus fast, perform different rituals and visit Vishnu temples. By showing the end of demon Muran by Devi Ekadashi, this day personifies the victory of truth and righteousness over evil. Vaikuntha Ekadashi takes us to another era and teaches to conquer the evil within us and let the innate goodness of our soul takeover.

As per the Vaikunth Ekadashi Katha, once there was a benevolent King who ruled the Kingdom of Champakanagaram. All the people were very happy under his rule. One day he dreamt that his father was being tortured in hell for a bad deed. The next day he went to see a sage Parvata Muni who lived far in the mountains, to find out the truth behind the dream. The sage told him that his father was being punished for making sexual union with a woman without her consent. The sage suggested him to observe the Vaikuntha Ekadashi Vrat and end the suffering of his father. Such is the power of this day that it burns all the bad deeds of a person.

Vaikuntha Ekadashi: Kills The Demon Within Us

These festivals are a way to remind us of who we are, where we come from and which direction are we headed to. Also, the day reminds us to take a little time to purify our soul by burning the bad Karmas from the past and foster a new beginning. By observing these festivals we can keep a constant watch on ourselves and find out the real meaning of life. The time we kill the Demon within us and the day that happens will be our true Vaikunth Ekadashi.

Here, is wishing all of you a very happy Vaikunth Ekadashi 2014. May Devi Ekadashi guide your way to liberation and enlightenment in this year and all the years to come.