Moon, the second important planet in astrology, after Sun. The planet that is cool & calm, and indicates us to accept this in our lives. Moon transits in every 2-3 days and has various effects on us. Let's know more about Moon Transits in 2014. 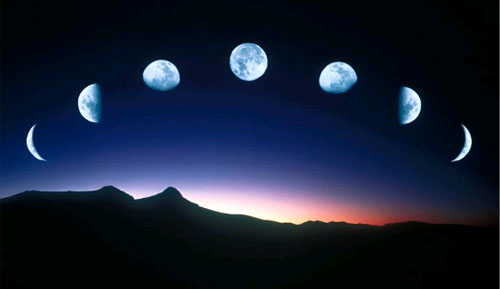 Amongst the nine astrological planets, we consider Sun to be the biggest planet in the list. After this, the second position is held by Moon. In astrology, we consider that every movement or the transition of the planets have different effects on everyone's life. Similarly, Moon Transit in 2014 will also have impact on all.

In order to know the personalized effects of transits on you, click here: FREE Transit Today Report

However, if we go by the astronomical point of view, Moon is just a satellite. But, in India, it is considered as sacred and transit of Moon is studied by astrologers. After studying the Chandra Gochar (Moon Transit), many astrologers forecast the horoscopes.

Moon transit in 2014 will also impact you and your signs and your lives on various grounds. Everyone is interested to know what's going to happen with them in future and wishes to know their future so that they can plan it in prior and get prepared to plan the solutions.

As per the astrology, Moon is considered a very calm and cold planet. Its white color also depicts purity and truthfulness that says one should also try to remain pure by his soul and practice truth in his/her life. Moon is the ruling planet of the zodiac sign, Cancer. It is said that the planet, Moon can give good results if it is in exalted form; while on the other hand if it is in debilitated form, it can give adverse effects.

As we mentioned earlier that the transit cycle of Moon is very small i.e. 2-3 days only. So, it is quite difficult to prepare a chart for Moon Transits in 2014. However, we would like to tell that in the beginning of the year 2014, Moon is in Capricorn. However, you can check the daily effects of transits with our FREE Transit Today Report.

In order to know the personalized effects of transits on you, click here: FREE Transit Today Report

Relation Of Moon With Zodiac Signs

It is said that Moon transits on a duration of every 2-3 days. Some of the astrologers think that the transit of Moon does not have much of impact on a native. However, it is misconception that should be clarified. Planet Moon does have the same effects as any other planet could have on any person's life. While studying the Kundali (birth chart), many astrologers take in consideration the position of Moon at the birth of any native.

It is believed that while making a birth chart for the native or for making any predictions, astrologers consider planetary positions of a native. Then, on those basis, some angles and positions of the houses are calculated and finally predictions are made by the astrologers.

Hopefully, this information on Moon transit in 2014 will become a helping hand for you. This article will also help you to know more about the astrological importance of Moon Transit in 2014.