The transit of Venus will bring considerable changes in every zodiac sign. We will answer all your questions. When are all the transits of Venus in 2014 occurring? When will Venus enter in which zodiac sign? Read this article to know more about planet Venus and Venus transit 2014. 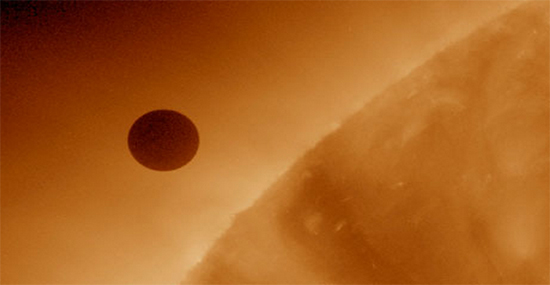 In the beginning of the year, Venus will be present in Capricorn sign in retro motion. After that, it will switch in the following:

So, this was all about the transits of Venus in 2014. Now, let's get to know about planet Venus.

After Mercury, Venus is the 2nd planet from the Sun. It is said to be the twin sister of Earth, as it is very close to the mass of Earth. It is the brightest planet in our solar system. Venus glows because of the presence of sulphur.

According to the Hindu mythology, Venus is called Shukra, who is the teacher of demons. He is named as Shukracharya. Shukravar (Friday) is the day for Venus. Shukracharya is said to be the founder of astrology, architecture and airplanes.

According to the astrology, Venus affects a person's life for almost 20 years. This planet is considered more benefic and less malefic. It is the ruler of Taurus & Libra zodiac signs. Venus is associated with beauty and femininity. For a male, Venus shows about his wife. Planet Venus represents love, romance, sexuality and arts. Venus is associated with science of Ayurvedic medicine, Mantra and hypnotism. Venus brings wealth, luxury and comfort into one's life. The people having strong Venus in their birth chart have very good love life. Venus seeks happiness for everybody, but it may come through compromises in your life during Venus transit in 2014.

Venus controls your Indriyan (sense organs). According to the numerology, Venus is the ruler of number 6. White is the color for planet Venus.

If Venus transit 2014 brings good effects in your zodiac signs, it may give you immense beauty, arts, knowledge, happiness and wealth. Strong Venus increases the chances of marriage in a native's life. If we talk about the general changes due to the Venus transit 2014, it may bring happiness in the world. The presence of Venus may cause rainfall as spring is the season of Venus.

So, this was all about the planet Venus and Venus transit 2014 (Shukra Gochar 2014). We hope that this information will be helpful to you. For more such information keep reading AstroSage.com