Mundan Ceremony is one of the most pious Sanskar among Solah Sanskars in Hinduism. It brings good luck and prosperity in your child’s life. Read here to know the auspicious Mundan Muhurat in 2018. Also know the best time, day, date and Nakshatra to perform Mundan ceremony in this year. 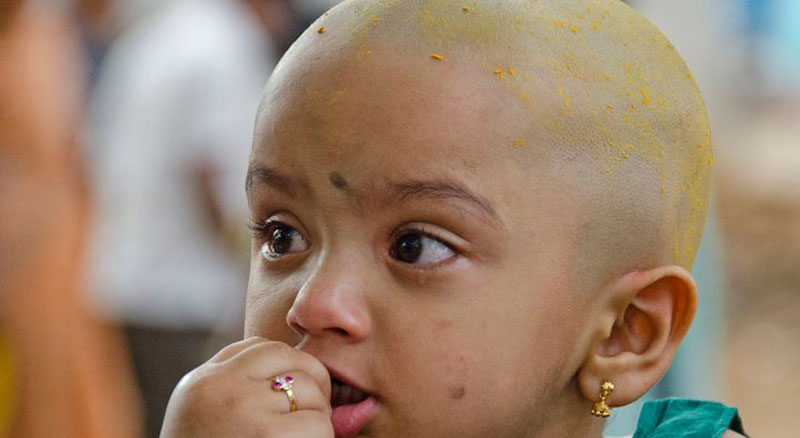 The significance of 16 Sanskar has been mentioned in Hinduism, among which, Mundan is also an important Samskara. It is believed that some hairs remain on the head of the baby during their birth, which are considered impure. As per Hindu religion, a Human form is attained after 8.4 million births (Yoni). So, to get rid of the debts and bad deeds done in the past lives, birth hair of a child are shaved.

Mundan Ceremony is generally performed when a child is 3 years, 5 years or 7 years old. One can also perform this Samskara according to their family’s traditions or along with the rituals of Yagyopavit Sanskar (Janeu Sanskar) in the first year after their child is born. Tonsure or Mundan of a boy child is done in odd years, i.e. 3, 5 or 7 years, while Chaula Karma or Mundan of a girl child is performed in even years. Following are shubh muhurat for performing the Mundan of your child:

(Note: Mundan Sanskar can also be performed despite of the weak position of Tara during Krishna Paksha, if Moon is well placed or in conjunct with a benefic planet).

Chaula Karma or Mundan Sanskar is a very significant religious ritual. It can be performed at home or in a temple and can also be done as per one’s family tradition.

Apart from its religious significance, tonsure or Mundan Sanskar of a child holds great importance from scientific viewpoint as well. In medical science, teething process in a child can arise various health problems. In this duration, a child generally feels weak, becomes irritated, and may suffer from Diarrhea or hair fall. After Chudakarana ceremony, the body temperature of a child becomes normal and also eliminates various physical and health problems. Another reason for tonsure of a child is that when a child is in the womb of his/her mother, many harmful bacteria get stuck in the hair of the child. These bacteria does not easily get removed, even after washing the hairs several times. Therefore, it is important to cut the birth hair of the child once before 1 year of his/her age. It is also mentioned in Yajurveda that Mundan Ceremony or Sanskar is a highly significant sacrament for a child’s growing health, age, strength and agility.