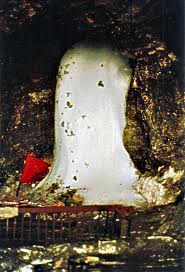 Amarnath Yatra in 2015 will be followed during the months of July and August. The exact dates are always decided by the Government as per the change in season. It is because the climatic changes are very unpredictable there. Therefore, to avoid any mishappening, the best time is decided for this auspicious journey.

Amarnath Yatra is followed by numerous Hindu believers every year. It is a spiritual journey where devotees move toward the holy Shivaling. The Shivaling of Amarnath is considered as the biggest Shivaling of the world. It is a Shivaling of ice that forms every year at Amarnath. In Hinduism, there is a strong belief that one who goes on the pilgrimage of Amarnath achieves salvation. During the pilgrimage, pilgrims keep on marching the way chanting "Bam Bam Bhole". The way of Amarnath also crosses the beautiful valley of Pahalgam. This valley has the snowy eastern Himalaya Mountains. The Amarnath temple is 45 kms far from Pahalgam and 141 kms from Srinagar. There are two routes for the Amarnath pilgrimage. One is via Pahalgam and other one is through Sonmarg. Pahalgam one is quite longer and rough with steep gradients. However, people still follow the Pahalgam way. In spite of being tough, elderly people don't mind climbing the rocky path and reach destination. Apart from walking the pilgrimage off, pilgrims have different options too, like riding the ponies or palanquins.

While going for Amarnath Yatra in 2015, it is a good idea to know the legend behind it. As it was mentioned before that Amarnath Yatra has its special significance, the holy scriptures of Hinduism describe the glory of this auspicious journey. Here is the legend that describes the importance of Amarnath Yatra. The legend states that caves of Amarnath were chosen by Lord Shiva for the narrating the secrets of universe and immortality to Goddess Parvati. During the way, he kept on renouncing everything. He left Nandi at Pahalgam also known as Bail Gaon. Nandi was the bull he used to ride. Further at Chandanwari, he released the Moon he carries in his hair. At Sheshnag lake, he left all the snakes he used to carry. Son Ganesha was left at Mahaguna Parvat (Maha Ganesha hill). In the end, he left all the five elements of the world that are earth, water, air, fire, and sky.

After reaching the destination, Amarnath cave, he seated himself over the skin of deer in Samadhi. In order to make sure that no other organism hear the secret, he created a Kalagni named Rudra and ordered him to remove each and every living being around the Amarnath cave. However, an egg was left by chance under the deer skin. Later, two pigeons got birth from them and became immortal after hearing the Amar Katha. Even after ages, pilgrims can see the pair of pigeons out there.

Bhrigu Rishi was the first one who visited this holy place. The next story tells us about the discovery of this place. Years ago, this place was submerged under a lake. Therefore, Kashyap Rishi was draining the water out through the rivers. At that time, Bhrigu Rishi was passing by. Hence, he became the first visitor of the holy Amarnath cave.

The next tale depicts that how did it come to the eyes of people. The story is like this - There was a shepherd named Buta Malik. He got a bag full of coal from a Saint on a way to somewhere. When he reached and opened the bag, he found that the bag was full of Gold. He became really delighted and ran back to the place to thank the Saint, but the Saint disappeared. There he found the holy cave instead with an ice Lingam inside. Overwhelmed with this gift of Saint, he announced to the entire village that the place is holy. Since that day, people started visiting the Amarnath cave wholeheartedly to fetch the blessings of Lord Shiva.

This was all brief on Amarnath Yatra. In 2015 too, Amarnath Yatra is expected to be crowded with pilgrims. Despite the fact that the way is too rough and many people die during natural disasters over there, the devotion of people seems to be increasing every year. While wrapping up this article, we would like to wish you get the immense blessing of Bhole Nath and plan for a beautiful as well as safe Amarnath Yatra in 2015.