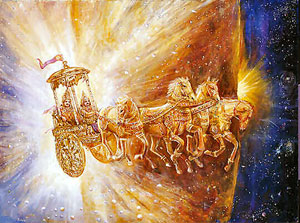 The above section must have made you aware of all details of the day Makar Sankranthi 2014. Now, if we go in detail about this festival, it has got many names. Like, people from South celebrate it as 'Pongal' and 'Uttarayana Sankranti', to name a few. Festival of Makar Sankranti is celebrated to mark the transit of Sun in Makar (Capricorn) sign on its celestial way. As per Hindu mythology, day of Makar Sankranthi is celebrated as a harvest day. However, due to the innumerable regional differences, Makara Sankranti is celebrated in numerous ways and for numerous reasons as per the location, climate, culture and weather.

As Makar Sankranti is a Hindu festival, the name is also derived from the ancient Hindu language, Sanskrit. Basically, the word Sankranti means the transit of Sun from a sign to another sign and Makar (Capricorn) Sankranti means transit of Sun to Capricorn (Makara) sign. As there are twelve signs and Sun transits from a sign to another sign once in a month, Sankranti comes twelve times in a year. And, Makar Sankranti is especially defined to the transit of Sun from Sagittarius to Capricorn. Now, you must be wondering that if Sankranti falls twelve times a year then why do we celebrate it only once a year as Makara Sankranthi?

The answer lies here. Actually, on this day, Sun becomes Uttarayana (Northward apparent migration of Sun), which means that the auspicious time begins. When calculated astronomically, Makara Sankranti takes place 21 days after winter solstice (December 20 - 23) approximately, which starts up the phenomenon of Sun's apparent migration toward North. This literally means the journey of Sun toward North. From the winter solstice, the duration of day increases gradually. On the other hand, scientists have considered December 21 - 22 as the shortest day of the year. After this, the days start becoming longer. So, technically winter solstice starts on December 21 or 22 and in this time Sun enters the sign Capricorn (Makara). Therefore, the actual Uttarayana falls on December 21 and this used to be the actual date of Makar Sankranti. But, our Earth has a tilt of 23.45 degrees and sliding of equinoxes, which causes the occurrence of Ayanamsa. This shifts the time of Makara Sankranti from actual time and it is happening since years. Makara Sankranti used to be celebrated on 31st December a thousand years ago and now it has come to January 14. Another five thousand years will shift the date of Makara Sankranti by the end of February. And, next 9000 years will take Makara Sankranti to the end of June.