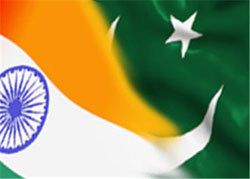 Social, political and economical situation will be unstable in Pakistan in 2013. The armed forces and dictators can create problems for those in power. Few policies of Pakistan will stir up the emotions of people. The emotions and feelings of people against America can also give rise to agitation and problems for the government. The terrible policies of higher officials may give rise to nationwide protests and terrorism in Pakistan in 2013. Bomb blasts will cause death. The internal situations of Pakistan in 2013 will stay unbalanced. The terrorist attacks within Pakistan will give rise to fear. Terrorists intruding from the borders of Afghanistan into Pakistan will increase. Discussion on peaceful relations with India will continue. However, no conclusion will be reached.

Due to imbalance in the economy, people will be highly dissatisfied. The entertainment and cinema industry will face a severe loss. Country will have to face harm to its reputation due to some major news of betting in the field of sports.

The higher officials of Pakistan will travel to different countries in the month of January-February. Pakistan in 2013 might have to face certain sudden problems. Internal tiff might rise in the nation. Few policies will be formulated that will not be welcomed by the people of Pakistan in 2013. As a result, country will stay dissatisfied. Good news will be heard from other countries. Foreign assistance will come in the month of April. Talks will be held regarding to strengthen and improve the relations with India in 2013. The home ministry of Pakistan may take an important and historical decision. However, Pakistan might have to face disgust due to violent attacks in the neighboring country.

People will stay dissatisfied due to the issue of unemployment and policies of pakistan. Pakistan in 2013 may have to face defeat in cricket and other sports. The judiciary of the country might give a decision going against the government. Means of earning and employment will increase in august-September. A major love-affair might get publicized in the Pakistan in 2013. An important decision will stay the center of attraction. In October, a wrong statement of any minister will create rage among the people. An epidemic might also outbreak in Pakistan in 2013. The government visits to other countries will be fruitless. The month of november-december will bring peace and prosperity in the country. Time is ripe for entertainment industry too.