Hariyali Teej in 2017 is scheduled to be celebrated on the 26th of July. Also known as Shingara Teej, Hariyali Teej revives its significance from the bond of Shiva-Parvati. This is the day when you can win the love of your heartthrob. Read on to know more. 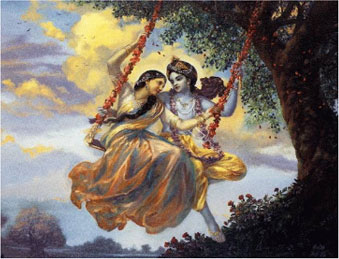 What Is Hariyali Teej?

Teej is one of the most celebrated festivals in the country where the bond of marriage is paid special reverence.

On the day of Teej, women are given the liberty to add colors to their lives, while on the other hand, they voluntarily observe strictness for the welfare of their husbands.

Festival of Teej has attained almost same popularity as Karwa Chauth in India.

Each of the Teej festivals has its own significance and add vibrancy to a woman's life in their unique way. In this article, we will discuss each and everything about Hariyali Teej. Let's begin with a short description of Hariyali Teej, as it is approaching soon, this year.

Hariyali Teej is celebrated on the third day of Shukla Paksha (bright fortnight) in the Hindu month of Shravan. Hence, this day is also known as Shravani Teej. The day of Hariyali Teej marks a special significance in the lives of Hindu women. They observe Hariyali Teej Vrat (fast) to safeguard their husband's life. The day is also popular as Singhara Teej and Hariyali Teej (due to dialectic variations).

There's a lot more to know about Hariyali Teej or Singhara Teej; before having a detailed look at the festival of Shingara Teej, let's first know when it will be celebrated in 2017, according to the Hindu calendar.

Teej is sub-divided into four major types. They are as follows:

Why Is Hariyali Teej Celebrated?

According to the Hindu mythology, it was the day of Shravani Teej (Teej falling in the month of Sawan), when Lord Shiva had finally accepted Goddess Parvati as his wife. It wasn't easy for Parvati Devi to impress Lord Shiva; hence, we should know the story behind this divine union.

Goddess Parvati admired Shiva and longed to marry him. But Lord Shiva wasn't easily touched by everyone. Hence, Goddess Parvati underwent a penance by observing a fast for many years to impress her ideal man. Finally, Parvati Devi was accepted by Lord Shiva as his wife. It is said that the union took place on the third day of Shukla Paksha in Sawan month. Since then, this day came into being and gradually, became the day when women observe Hariyali Teej Vrat for the longevity of their husbands.

Let's now take a look at the rituals and traditions that will be followed on the day of Shingara Teej.

How To Celebrate Hariyali Teej In 2017?

Following are the rituals that are to be followed on the day of Hariyali Teej:

Shravani Teej is one of the most celebrated festivals in Rajasthan. In the state, Teej Mata (Goddess Parvati) is worshiped in a princely manner. Processions of Teej Mata are taken on the streets, where tourists flock to witness the grandeur. Apart from this, songs and dances are performed amidst the streets of Rajasthan.

This was all about Shingara Teej and the way it is celebrated in our country.

Hariyali Teej is more than a mere festival, it is the festivity of the nuptial bond of marriage. The day of Shingara Teej signifies a woman's devotion toward her family and how she stands in front to protect her family from shady situations.

AstroSage wishes you all a Happy Hariyali Teej..!