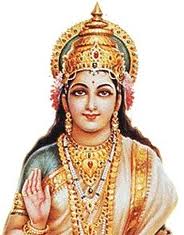 Hartalika Teej in 2017 is going to be celebrated on 24th of August 2017. Festival of Hartalika Teej is dedicated to Goddess Parvati. People celebrate this festival to get blessings of Maa Parvati to have a spouse like Shiva-Parvati. Mostly women celebrate this festival to get a husband like Lord Shiva and if they are already married then they pray for the long life of their husband.

Hartalika Vrat holds a special significance for you if you know the legend behind this beautiful festival. According to the Hindu mythology, Maa Parvati was in love with Lord Shiva. However, he was an ascetic and had no interest in worldly stuff. Goddess Parvati decided to put all her efforts to make Shiva know about her love for him. She did a tough penance of thousands of years in Himalayas. Finally, Lord Shiva noticed the Goddess and realizing her love, he married her. Since then, Goddess Parvati is being worshipped as Hartalika and Teej Mata.

Hartalika Teej is the part of three main Teej festivals of India. These are as follows:

Haryali, Kajari and Hartalika Teej all fall in a series one by one respectively. Married women visit their parent's house at Hariyali Teej, cherish time with them during Kajari Teej and finally they return back to their husband's house on Hartalika Teej, as it is dedicated to husband.

Hartalika Teej festival goes on for 3 days. On the first day, women gather and then sing as well as dance. During the occasion they help each other in getting ready, apply henna to each other's hands. At the end of the day, women exchange gifts with their mother-in-law. All these preparations are made to participate in the Teej festival.

Second day is the most important day amongst all. On this day, women observe a tough fast that excludes even water. In Sanskrit, it is known as Nirjala Vrat, also known as Hartalika Vrat. In the evening, all women worship Goddess Parvati and only have food and water on the third day.

On the third day, women decorate their houses, cook delicious dishes and celebrate the last day of the festival with great fun and frolic.

At the time of Hartalika Teej, women go back to their husbands. Hence, they adorn themselves with beautiful clothes, shimmering jewelry and eye-catchy make-up. On this day, women decorate themselves like a new bride. In Indian tradition, women do 'Solah Shringar' to adorn themselves. Literal meaning of Solah Shringar is the adornment using 16 elements. Some of them are Henna tattoo on hands, Kohl in eyes, Bindi on forehead and Mahawar design on feet. Along with themselves, women also decorate the idols of Maa Parvati in the similar way.

Women of Maharashtra exclusively wear green Sari with golden Bindi on this day. Also, they gift beautifully decorated coconuts to other women.

With this article, you must have got to know that Hartalika Teej is not just about seeking blessings for husband. It is also about strengthening the bond between a couple, family and women. Apart from this, Hartalika Teej gives you another reason to party. Fetch the immense blessings of Goddess Parvati by performing Hartalika Puja in a proper way. May Maa Parvati bless you with all what you desire for. Wish you a very happy Hartalika Teej..!