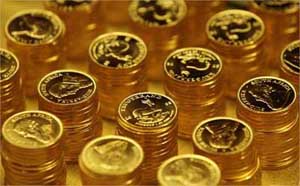 Akshaya Tritiya is known to the an auspicious day in Hinduism. As per beliefs, Veda Vyasa started to write the epic of Mahabharata on this day only. It held on the third tithi of Hindu month Vaishakh. In 2017, it will be celebrated on 28th April. According to our Scriptures, Lord Vishnu's sixth incarnation Lord Parshurama took birth on this day. To learn more about this festival, read on..

It is widely believed by our Vedic Astrologers that Akshaya Tritiya day reveals the special planetary positions of Moon, Sun and Jupiter. All three in a group come under Mrigshira Nakshatra and illuminate their glow on earth, this way Akshaya Tritiya day becomes a glorious day. Hindu people commonly believe that this day bring enormous prosperity and happiness for them. And thus, most people purchase ornaments, worthy items, and other precious metals. During this occasion many people start constructing their house, purchase land, and begin or expand their business with a belief that this of their work will be lucky and imperishable.

Myths and rituals about Akshaya Tritiya

As per Hindu Mythology, Akshaya Tritiya also marks the birth of Parshuram(6th embodiment of Lord Vishnu). The propitious day also holds special significance with a belief that the holy river Ganga also moved down to earth from heaven on Akshaya Tritiya. On the same day one of the praised Saint Vedavyas along with Lord Ganesha began scripting about the great epic Mahabharata.

It is also regarded that Satya Yuga or Golden Age started on Akshaya Tritiya day. This way the day is also respected one of the sacred or blessed times to remove impurity and offer purity to mind and spirit.

Vivid traditions and rituals are associated with this auspicious day. Indian religious people conceive Akshaya Tritiya, which comes on third day of the bright-half of the lunar month of Vaishakh, as the most sanctified days of the year. During this occasion, farmers of Orissa also commence ploughing their lands. Construction of chariots for Rath yatra occasion is also started in Puri (Orissa) on this auspicious day. Jain people celebrate this day with festive name 'Akha Teej'. They believe that on this day, their first Tirthankar Lord Rishabh Dev ended his fast of one year with a glass of juice. This day make a conjunction with Rohini star which turns this day more blessed.

During Akshaya Tritiya day, religious people fast and worship Lord Vasudeva (embodiment of Lord Vishnu) with full of faith and joy. Sprinkling Tulsi water is ideal part of pooja while performing bhajan & aarti of Lord Vishnu. Many sacred people visit Haridwar or Rishikesh on such pious day and take holy dips in the river Ganga. Some people also believe that giving donations on this promising day is way of gaining abundant wealth. So, most people also do charity on this day. Donating rice, food grains, cloths, sugar, ghee, fruits, and vegetables are considered opportune during this day.

Buying gold, precious ornaments, starting ventures, initiating new projects and instigating other tasks on this day are said to be very favorable. It is strongly believed that whatever we begin during this day gives profit always. Many believers also worship Lord Kubera, the treasurer of the Gods, and Goddess Lakshmi (consort of Lord Vishnu) to get immense wealth and to be the rich.

During Akshaya Tritiya Bengali people celebrate a ceremony called HalKhata to begin a new audit book. They celebrate this day with the divine worship of Lord Ganesh and Goddess Lakshmi.

Different cultural admirers celebrate this day with varied ways and perform many rituals but there only concern towards Akshaya Tritiya that it is the most promising and prosperous day in Hindu Calendar.