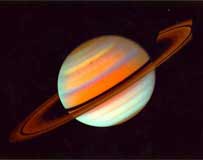 If you want to annihilate all the malefic effects and the bad omens from your life, then embrace yourself with the significance and date of Shani Jayanti 2017. In 2017, Shani Jayanti, also known as Shani Amavasya falls on 25th May, so get accorded with the blessings of Lord Shani by worshiping him and chanting the Shani mantra. With the grace of Lord Shani, all the hurdles and obstacles in your life can be quashed. According to the Hindu mythology, Shani Jayanti Puja is exemplified as the birth anniversary of Lord Shani. Shani Dev is contemplated as the planet Saturn and is known to have a powerful impact on the life of the people.

According to the Hindu scriptures, Saturn is contemplated as a cruel planet and it is believed that Saturn is a callous planet who deduces justice by pondering over our past deeds. The planet Saturn is foreseen as a backer of all kinds of impediments, hardships, sufferings, afflictions, depression, poverty. Moreover, Saturn is said to be 'Karma Fal Data' and the planet gives us results as per our good/bad deeds. Hence, in order to seek the blessings of Saturn, one should possess good code of conduct, respect for females, so as to reap the fruitful results as per your karma. For instance, if a person possesses a malefic and weak Saturn placement in his/her horoscope then the person has to encounter miserableness, throes and anguish throughout his life. Moreover, due to the weak placement of Saturn the progress of an individual becomes very slow-going even after working very hard. On the contrary, if the planet Saturn is favourable in a person's horoscope, then it might prove to be a silver lining for the person, as the person can achieve success, name, fame in his/her career. But, under the adverse effects of the planet Saturn worshiping Lord Shani or using Shani Yantra can ward off all the malefic effects of Saturn thus, bringing peace and serenity in the life of a person. People also perform Navgrah Shanti Puja on the day of Shani Jayanti in order to venerate Lord Shani. A myriad of devotees are witnessed streaming at the temples of Lord Shani so that their luck quotient gets enhanced.

A Shani Yantra could save you from Malefic Saturn : Buy Now

'Shani Rahu Shrapit Dosha' is formed when the planet Saturn is in conjunction with the planet Rahu and this Yoga is considered to be an unfavourable one. This Yoga influences every aspect of an individual's life and makes the person's life full of deprivations and afflictions. In the same way, if the planet Saturn is placed with Moon, then another inauspicious Yoga is formed known as 'Shani Chandra Vish Yoga'. Though, such a person is very intellectual but at times he can be prone to extreme depression and unenthusiastic. Therefore, in all such scenarios reverencing Shani Yantra can be extremely propitious. An individual is said to be under major indisposition of Saturn referred to as 'Saturn Sade Sati' when the planet Saturn transits through the 1st, 2nd and 12th house from the individual's natal chart, with each transit spanning for approximately two and a half years. During this time period, the person encounters all kinds of distress encompassing sufferings, anxiety and financial loss. Moreover, these complications become more intense when the planet Saturn becomes malicious in the person's horoscope.

Shani Jayanti is commemorated to propitiate Lord Shani, to fend off all the bad omens from one's life. It is said that on Shani Jayanti, Lord Shani was born which is celebrated with full grandeur and enthusiasm. Being known for his fierce nature, people follow stern rules to worship Lord Shani so as to please him. Lord Shani endows his blessings on his devotees who work hard and march on the path of righteousness. Astrologers consider that a person's success depends upon the placement of the planet Saturn in their horoscope. So, in order to obliterate negativity from one's life one should celebrate the day of Shani Jayanti with great zeal and enthusiasm.