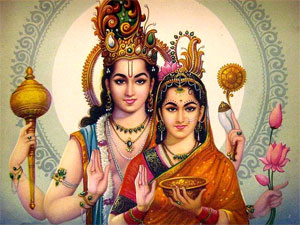 Ekadashi: The 11th day of every lunar fortnight of the Hindu Lunar calendar is a highly auspicious day. Dedicated to Lord Vishnu, observing Ekadasi burns all sins which we have collected in the past Karmas. In a month, two Ekadashi fasts are observed. One is in the Shukla Paksha and the other is on the Krishna Paksha.

It is believed that Ekadashi relieves you of the bad effects of past Karmas. Once this Karmic cycle ends, we can make a new beginning. And in this fresh beginning we are unburdened.

While celebrating Ekadashi in 2016, it would be good to know how to observe Ekadashi fast. Ekadasi fasts are difficult observe as they require a strict adherence to rules. The fast begins a day prior to the actual day of fasting, by taking only one meal a day, to ensure that there is no residual food in the stomach. Consuming cereals and grains is strictly prohibited on the day of the fast. Devotees break their fast at sunrise of the following day. Observing a fast helps to connect to the supreme Lord Vishnu and also restraints your senses. The entire day is spent in praying and worshipping Lord Vishnu.

The Story of Ekadashi

Ekadashi in 2016, like every year, should be observed with recitation of Ekadashi stories. In ancient times there was a demon called Mura. He stood for immorality, dishonesty and many other devilish traits. All the Demigods wanted to end his reign but could not do so. To find a solution, all of them went Lord Vishnu. In the meanwhile, Mura reached Vaikuntha with an intention to kill Lord Vishnu.

While Lord Vishnu was still sleeping he attacked him. The female power within Lord Vishnu took a form of a young lady. Mura instantly got attracted to her and proposed to her. To which the power replied that she would only marry a man who would defeat her. They got engaged in a huge fight in which Mura was killed.

When Lord Vishnu woke up, he was very pleased with the Devi and named her Ekadashi. He blessed her with beauty, wealth and prosperity. But she instead asked him to bless the mankind with a way to burn their past sins with the help of penance and fasting. Since that day, Devi Ekadashi is worshipped by those who want burn the effects of sins committed by them.

We provide a table, which contains a list of all the Ekadashi fasts in the year 2016. May Lord Vishnu blesses all of you with love, happiness and prosperity.