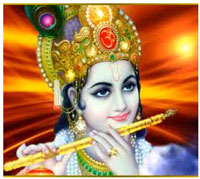 Pavitra Ekadashi 2015 is a very important festival of Indians. It is celebrated in different parts of the country but with varied names. Putrada Ekadashi is one such name for this. People in a great number realize the importance of this festival where they observe a fast and believe that they will be blessed with a child. Read this article to find out what Pavitra Ekadashi is ?, what is the story attached to this festival and much more….

Pavitra Ekadashi 2015 date is 26 August 2015. It is celebrated during the moon's waxing phase in the month of Shravan or Sawan. Pavitra Ekadashi Fast truly blesses the individual with a good son and daughter. This vrata blesses people and the upcoming generations with everlasting fame. Pavitropana Ekadashi is an another name for Pavitra Ekadashi. In some states like Maharashtra, Karnataka, Gujarat, Andhra pradesh. of all the 24 Ekadashi Vrata, this Vrata is known as the most auspicious one. As this is concerned with children engendering. This vrata is also very much important for the couples who are childless. The people believe that by observing Putrada Ekadashi Fast, God will bless them with Children. This fast is also known to be auspicious for other devotees also as it helps them getting rid of the sins which they think they might have committed unknowingly in the past.

It is said that Lord Krishna in Bhavishyottara Purana stated the importance of the this Ekadashi to Yuddhisthra. He narrated a story to Yudhisthira that once upon a time there was a King named Mahijit who was a victorious, vibrant and a successful King. But it was his ill fortune that he had no son. He performed so many rituals and poojas such as good deeds, charities and also did many sacrifices and yagnas. But no result came out of this. Then he continued to search Sage Lomash.

There was one Sage Lomash who was born from Lord Brahma's hair. When Mahijit discovered Sage Lomash , he told him about his sins committed in his previous birth. This is the reason why he is issueless in his current birth. He told him that he was a merchant in his previous birth. One day when he was gone to sell the goods, he felt thirsty. He saw that a cow and her calf was drinking the water from the lake. He pushed away the cow and her calf from there and started drinking the water himself. In this way, he committed the sin driving the cow and her new born calf away from the water which they were drinking. This is the reason why he was childless in his current birth.

To repent , Sage Lomash asked King Mahajit to observe Pavitra Ekadashi Fast. Then, the King along with his wife observed this fast and within a due course of time a handsome and healthy son was born to them. Later, his son became a very successful and victorious ruler. Hence this story explains the significance and the benefits of this Ekadashi Vrata in a right way.

On this auspicious day, people worship God Narayana, After taking bath in the morning and wearing clean clothes, they pray Shri Hari. As a part of the rituals first , Lord Narayana is worshipped by the people. After that, people offer clove, amla and other things to God Narayana according to their capability.

Observing fast for the whole day, people like to eat fruits only after hearing Katha. There is an importance of giving the lamp on this day. On this day, one should pray Lord Vishnu. One should also donate food to the Brahmins and take their blessings.

We hope to see people practicing these rituals in Pavitra Ekadashi 2015. We wish you all a HAPPY PAVITRA EKADASHI 2015 !