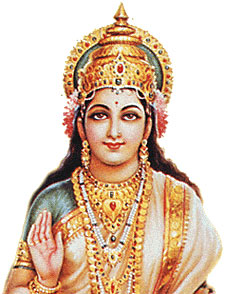 Hartalika Teej 2017 date is August 24; it is an important Hindu fasting dedicated to Goddess Parvati celebrated primarily in North parts of India. Like every year, this year too Hartalika Teej vrat will be organized as per the Hindu traditions and rituals in order to commemorate the reunion of God Shiva and Goddess Parvati after a long period of waiting. Hartalika Teej will be primarily observed in States like Bihar, Madhya Pradesh, Chhattisgarh, Jharkhand, Rajasthan and is some parts of Maharashtra.

Actually there are three types of Teej festival in India, Hartalika Teej being the biggest and most celebrated. Overall Teej is celebrated with great enthusiasm and devotion by the women in India. Since all three Teej fall at the outbreak of the monsoons, it is also popularly known as the 'Sawan Festival' that welcomes the rain. Teej is usually celebrated in the months of July-August. Festival of Teej is dedicated to the divine couple -Lord Shiva and Goddess Parvati. Though Teej is celebrated at various places in India and now even abroad the main Teej celebrations takes place in the highly cultural and tradition rich city of Jaipur. Here there are elaborate processions and celebrations that go on the whole day through.

Hariyali Teej is also known as 'Teejan' and is celebrated with extreme fervor and devotion by womenfolk in India. It falls in the Shukla Paksha of Shravana, corresponding to the month of August. As the name says, Hariyali Teej relates to greenery that is visible all across India due to the rain shower. The greenery finds expression in the way women dress on the occasion. Many women clad themselves in green colored clothes and wear green bangles. A special puja is performed to worship the moon god. Traditional singing of songs and folk dance escalates the overall celebration of Hariyali Teej.

Then we have Kajari Teej that falls on Krishna Paksha Tritiya. On this day women engage in festivities, sing and dance and perform sacred pooja of neem tree.

However, out of all three the most widely celebrated is Hartalika Teej. It is the biggest of the various variation of Teej. Every year, Hartalika Teej falls on the third day of the first fortnight of the month of 'Bhadra'. It is a three-day festival which is celebrated by women in honor of Goddess Parvati. On this day, women keep fast for long and conjugal life of their better half. Hartalika Teej fast is tough as it proceeds without even drinking a drop of water. By devotional fasting and praying to Goddess Parvati on Hartalika Teej, married women will be blessed with a healthy life of their husband while the unmarried girls will be blessed by a husband like Lord Shiva.

According to popular belief keeping a Hartalika Teej fast blesses an unmarried woman with a great groom, her desired husband. This is what makes Hartalika Teej special as it is celebrated by both married and unmarried woman for a good married life. The married women keep the fast and worship the goodness in order to be blessed with a healthy life and long life of their husband. The unmarried girls undergo the process of Puja in order to get husband like Lord Shiva.

Some rituals to be followed on Hartalika Teej.

Like every year, this Hartalika Teej, we will once again see women dressed beautifully in new clothes and jewellery. Application of Mehndi is an important ritual that women enjoy a great deal. Wish all our visitors a Happy Hartalika Teej..!!