Hindu calendar 2015 of AstroSage is the one place where you can find all the important Hindu festivals as well as events. With the help of these dates for Hindu festivals in 2015, you can stay well-planned in advance. 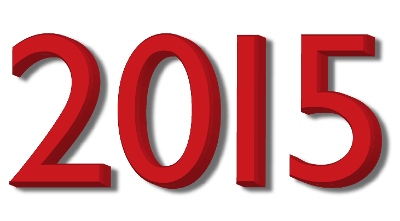 February, the month of love comes along the blossoms of spring and its beautiful festival for Hindus. Check February calendar 2015 for Hindus.

Month of March comes with a hint of summer and frolic of Holi. Check March calendar 2015 for Hindus.

Hindu Calendar 2015 For May

The summer sunshine, holiday, and festivals; make May the perfect month. Check May calendar 2015 for Hindus.

Why Hindu Calendar 2015 Is Important?

2015 Hindu calendar will help you stay tuned with all the upcoming Hindu festivals as well as events. Hindus have n-number of festivals, it is very difficult to memorize all of them. With approximately 24 Ekdashis, 11 Purnimas-Amavasya, 45 auspicious days of Navratri, 1 fortnight of Shradh; it is next to impossible to cherish all Hindu events without Hindu calendar 2015. So, utilize the best of this Hindu festival calendar 2015 and stay prepared well in advance.

As now you must have gone through the dates of all the events and festivals given in Hindu calendar 2015, make your plans accordingly. Dussehra (Dasara) of Mysore, Holi of Vrindavan, Pongal of Tamil Nadu, Onam of Kerala; you can’t afford to miss any of these. Each state of India is in itself an entire country. Hence, each state has unique festivals to be celebrated. These are the glories of these places. Don’t let this chance go. If you can plan everything from AstroSage’s 2015 Hindu calendar, at least don’t miss Garba & Dandiya of Gujarat and Durga Puja of bengal during Sharad Navratri 2015. We wish you cherish the best of Hindu festivals with this Hindu calendar 2015. Check Hindu festival calendar 2015 and plan your year perfectly in advance. For any query or concern, you may put a comment below.